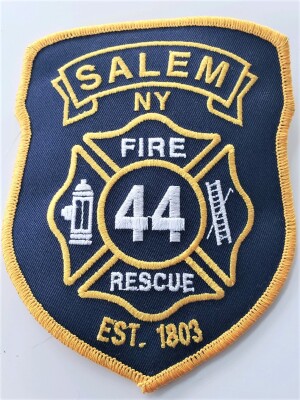 Queensbury-Howard W. Fifield, 67, of Queensbury and a longtime resident of Salem, passed away Thursday, March 25, 2021 at Saratoga Hospital with his family by his side.

Born July 8, 1953 in Granville, he was the son of the late Lawrence and Anna (Stewart) Fifield.  Howard was a 1971 graduate of Salem Washington Academy and in 1970, he finished 10th in the State Cross Country Sectionals.

Howard always kept himself active by Maple Sugaring and hunting.  In the winter months, he plowed snow for many people in the Salem area.   He loved watching sports, especially his grandchildren’s games.  Howard ran the clock for the boys’ and girls’ basketball games at Salem Central School

Howard was a past member of the Salem Rescue Squad; a 40 plus year member of the Salem Vol. Fire Dept.  He served as the Secretary and Treasurer for 27 years and also was a Lieutenant in the department.   He was awarded the clock award for his years of service in 2020. He served on many committees over the years.  The fire department was Howard’s second family.

Calling hours will be Wednesday, March 31, 2021 from 11 am to 3 pm at the Salem United Methodist Church, 29 West Broadway, Salem.  A funeral service will begin at 3 pm at the conclusion of the calling hours with Rev. Debbie Earthrowl officiating.

Face masks and social distancing must be observed.

To send flowers to the family or plant a tree in memory of Howard W. Fifield, please visit our floral store.